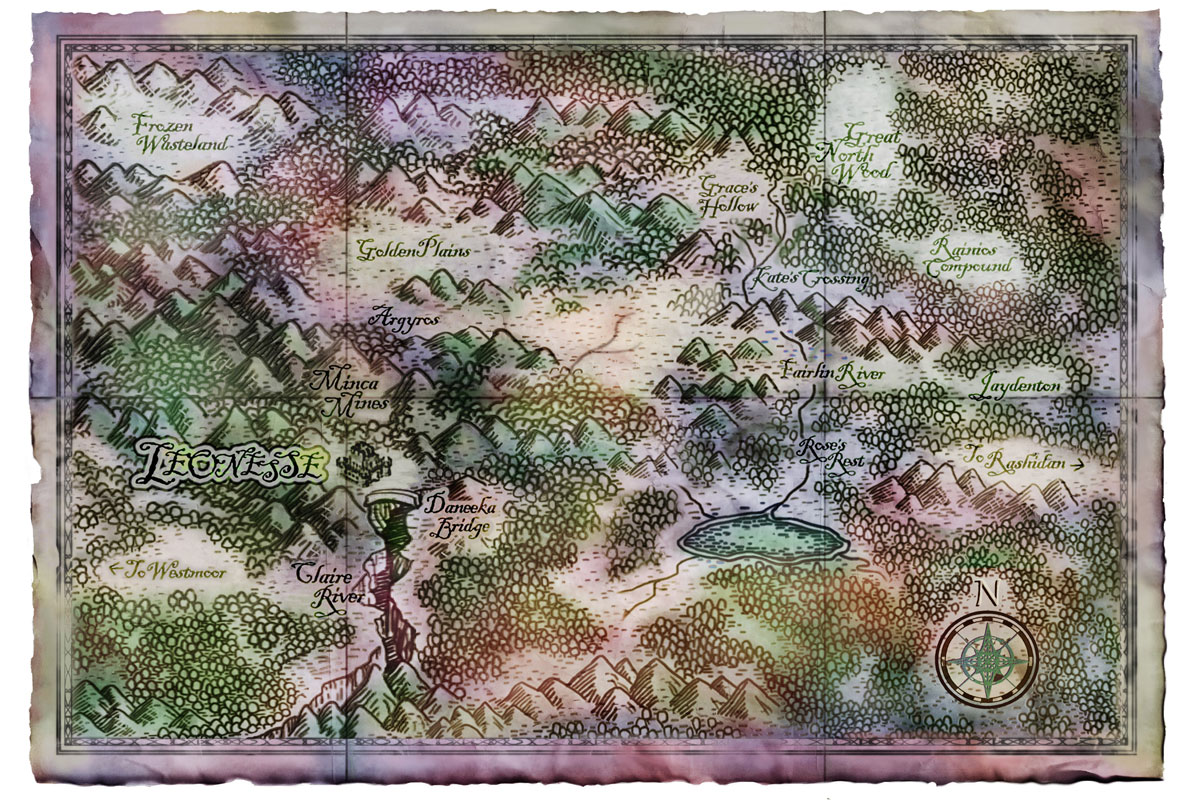 Leonesse is known for its unequalled structural beauty, and the enduring peace and prosperity of its inhabitants. The heart of the city is Kingsley Hall, where the Elder of the city reigns and resides. All who dwell within the magnificent walls of Leonesse consider it a symbol of strength and security that comes from wise leadership.

Rainios is as beautiful as it is formidable, with white polished stonewalls encompassing the vast military base. At age 18, many men in the realm journey to Rainios for one year of training. Here they are taught to value and protect what they love at all costs using hand to hand combat, strategic planning, and weapons mastery.

Through the years, the Minca Silver Mines have attracted many people through promises of quick and easy wealth. Though a few have struck riches with their mining, most end up deeply in debt to the owner of the mines, suffering a fate of lifelong servitude that borders on slavery.

Rose’s Rest is a popular outpost half a day’s ride south of Leonesse. Stage coach passengers often stay overnight at the White Horse Inn or visit the stable to rent horses. The famous “Scary Tree” is found on the way to Rose’s Rest.

Grace’s Hollow is nestled between the Great North Woods and the Golden Plains. This quaint city features cobblestone streets and unusual shops such as Nicole’s Nic Nacs: Guard Gear & Puzzlery. People come from miles around to eat at Roxann’s Kitchen. The downtown streets have lamplights on every corner to brighten the darkest nights.

Westmoor is a two day ride north on Tanner Trail. The city has been a strategic ally of Leonesse for many years and is known for the Warriors of Westmoor. The warriors are respected and well known around the land.